This coming March, Southern California Edison will be implementing a new rate structure for all new solar customers.  Thankfully with solar prices coming down and with energy storage as an option, solar remains a good investment.

The Public Utilities Commission has approved SCE, and other major California utilities, to make a shift in the Time of Use (TOU) rate plans starting March of 2019. They will begin by forcing all new solar customers into the new rate schedule with the rest of their customer base following suit in 2020. Under TOU rate plans, rates will vary depending on the time of day. The change will affect the times in which SCE considers On-Peak and Off-Peak. Specifically, On-peak hours will shift for customers to a later time in the day meaning electricity will cost more in the evening (4 pm – 9 pm) and less in the day/early afternoon. SCE will have several TOU rate options: TOU-D Prime, TOU-D Option 4-9, and TOU-D Option 5-8. 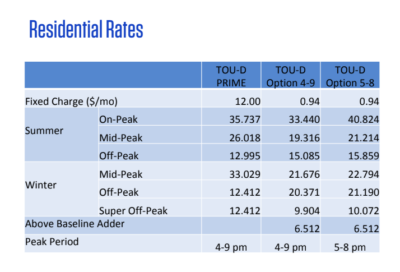 SCE’s justification for doing this is that the cost to deliver power has changed. Since solar has boomed and has become a large source of energy on the grid, SCE has shifted their higher charges to the times where solar wanes and non-renewable forms of energy become the main source of power for the grid. SCE’s new rates are meant to incentivize customers to use less power between the hours of 4-9pm however the typical load profile shows many people use power during these hours because they’re post-work hours. 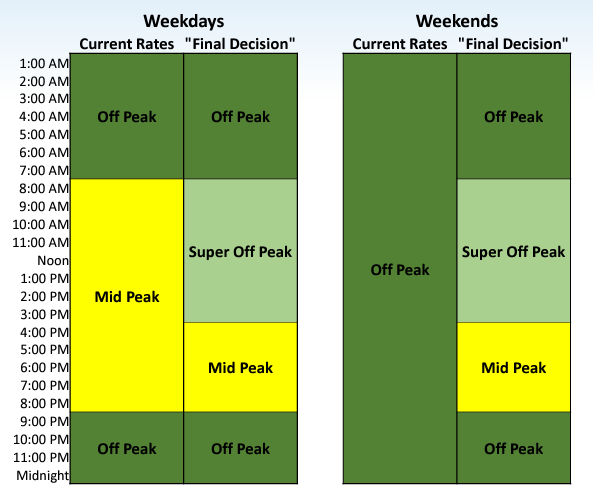 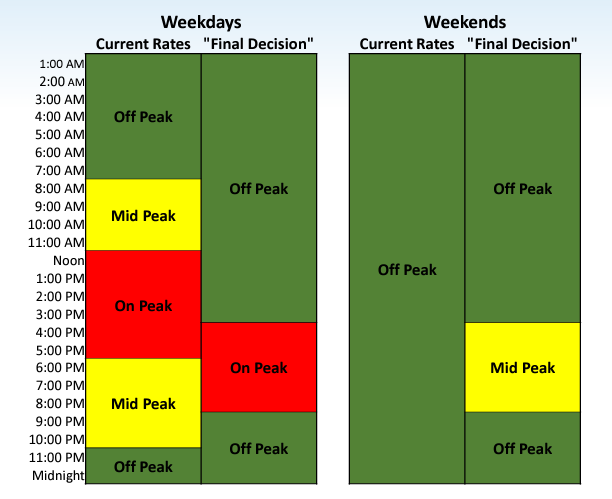 Those that already have solar are automatically grandfathered into their original rate structure whether it be their original TOU (5 years) or Tiered billing (20 years).

New Solar customers after March 1st of 2019 however, will be forced into the new Time-Of-Use rate plans meaning they will likely have to buy a battery to go with their solar system to offset “on peak” costs during the evening when the sun goes down and their solar production tapers off. While the new rate structure may extend the ROI period slightly, it will still provide an attractive investment to potential solar customers.

In addition, SCE’s shift in TOU will cause majority of Solar’s overproduction to be discounted. For example, under the current rate structure, most solar production occurs during “on-peak” times with SCE and therefore overproduction is credited at the “on peak” rate of $0.37 per kWh (TOU-D-B). However, under the new rate schedule, SCE has shifted the “on peak” time and the majority of solar production will now fall under “off-peak” hours and only be credited at $0.15 per kWh for overproduction (TOU-D-Prime). While this large shift in TOU rates will have a negative impact on current solar value and slightly decrease the length of ROI, SCE is projecting a rate increase in which the cost of “off-peak” rates will likely go up in the next year and the cost of “on peak” rates will come down making solar more attractive than it may seem now.

To learn more about SCE’s new rate structure or for questions, call Hot Purple Energy (760) 322-4433 to speak to a representative.