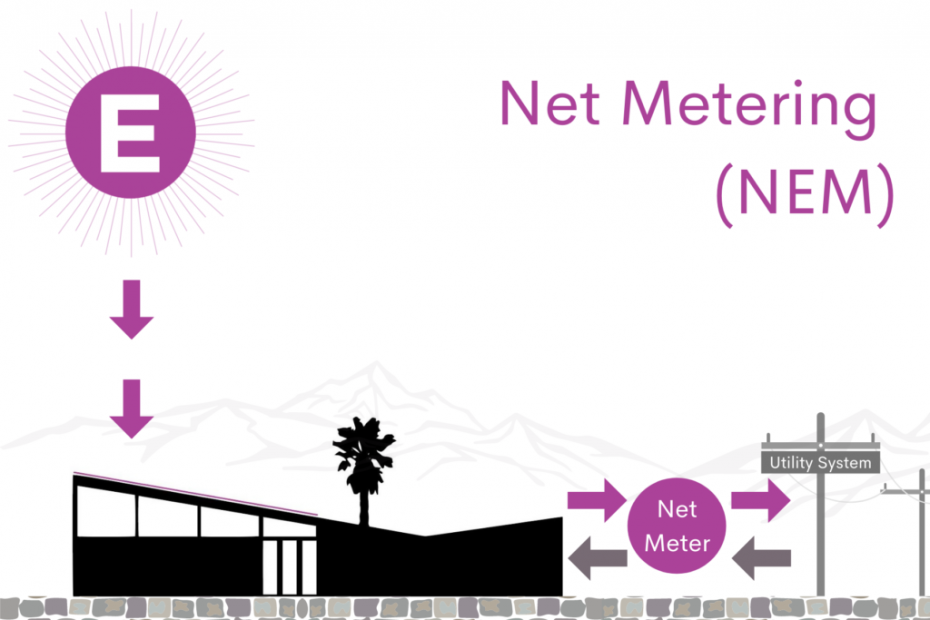 The California Public Utilities Commission (CPUC) is making moves to potentially change the Net Energy Metering program yet again. In August of 2020, the CPUC formally commenced their proceeding to revisit the current NEM-2.0 program rules to essentially update them and develop NEM 3.0, the successor to NEM 2.0. The changes in this proceeding will impact the residential solar market immensely and could end up deterring customers from maximizing on their rooftop solar if the program’s new changes become more favorable for the utilities instead of solar customers.

What is Net Energy Metering?

Net Energy Metering (NEM) is a program that solar customers are enrolled in with their utility when they go solar which allows the utility meter to spin forward and backwards; every time their solar system generates more electricity than they consume, the meter goes backward. The excess power is sent back to the grid and supplied to neighboring customers while the solar customer receives a credit on their account. This credit can then be rolled over month to month for a full year offsetting the electricity costs in the evening and lowering the home’s net energy costs. Net Energy Metering was implemented in California in 1995, the original program now recognized as NEM-1.0.

NEM 2.0, which is presently in place was introduced in 2016 by the California Public Utilities Commission as the successor of California’s original NEM program, NEM 1.0. California Investor-Owned Utilities (IOUs), Pacific Gas & Electric (PG&E), Southern California Edison (SCE), & San Diego Gas & Electric (SDG&E) would be able to enforce NEM 2.0 after either meeting the cap of 5% of power demand coming from solar generation or on July 1st, 2017—whichever came first. Southern California Edison, who services most of the Coachella Valley did not reach the cap and therefore did not enforce NEM 2.0 until July 2017.

The CPUC’s modifications to California’s original NEM program added stipulations for solar customers that affected the overall cost-benefit of solar. The major modifications made to the original agreement were that solar customers would now (a) pay non-bypassable charges, (b) pay a one-time interconnection fee, and (c) would be required to switch to a Time-of-Use rate.

Non-bypassable Charges. While solar customers continue to receive the full retail rate credit in exchange for energy sent back to the grid, they now pay for additional non-bypassable charges—about 2-3 cents per kWh intended to fund public programs like low-income customer assistance, energy-efficiency rebates, and other related programs.

Interconnection Fee. New residential solar customers are also required to pay a one-time interconnection fee to their utility to connect their solar system. The fee ranges depending on the utility provider. The fee for residents in SCE for instance is $75.

Time-of-Use. The last major change was that all customers going solar would have to switch to a Time-of-Use Rate Structure (TOU) if they were not already on it. The time-of-use rates in SCE however have also changed recently becoming less favorable to solar customers because the demand for grid energy has shifted to different times in the day.

Existing solar customers who went solar under the original NEM program and under NEM 2.0 are grandfathered into their agreement for 20 years starting on their date of interconnection, so they are protected from any changes under that period. Though utilities have suggested that the “grandfathering period” on both the NEM 1.0 and NEM 2.0 be revisited, the CPUC has fortunately ruled against them.

Customers who are going solar right now and are installed before NEM 3.0 takes over will also get to stay on NEM 2.0 for 20 years.

Future solar customers however will be faced with whatever changes the CPUC makes. Until there are new developments in the proceeding, we do not know what those changes will look like although there has been speculation that NEM 3.0 will bring additional reductions to solar customers. In the NEM 2.0 Lookback Study commissioned by the CPUC, Verdant Associates found “that NEM 2.0 participants benefit from the structure, while ratepayers see increased rates” indicating that solar customers are paying less than customers without solar. Piggybacking off of that study, utilities are claiming that solar customers are paying less than the utility’s cost to serve them.

Go solar sooner than later. While NEM 2.0 reduced the net benefits to solar customers, the overall savings from rooftop solar are still substantial and the net energy metering incentive is better than none.

Add Batteries to your Solar Solution. Batteries have become a crucial part of solar since the last TOU rate change on behalf of SCE and will continue to be significant moving forward into the unknown. If the retail rate credit gets reduced in some shape or form, batteries can protect you by storing the excess power your solar panels produce, allowing you to take full advantage of your own power production and rely less on grid power and credits.

Stay in the Know. Advocates of the solar industry like the California Solar & Storage Association (CALSSA) and the Solar Energy Industries Association (SEIA) will be submitting their own recommendations to the CPUC on what NEM changes they would like to see. To join the action list and stay updated on CALSSA’s developments, click here.

To learn more about utilities and their hand in the solar industry, we recommend watching HGTV Star Jonathan Scott’s recent Solar Documentary, Power Trip on PBS.